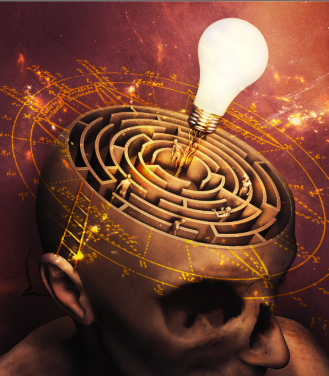 I came to NLP during my study in psychology , I was looking for more effective technics that the basic talking therapy . The primary use of NLP is based on an approach to communication, personal development, and psychotherapy created in the 1970s. The title refers to a stated connection between the neurological processes (“neuro”), language (“linguistic”), and behavioral patterns that have been learned through experience (“programming”) and can be organized to achieve specific goals in life.
I studied and graduated directly under the supervision of one of the Creator of NLP, Mr Richard Bandler. The founders of NLP, Richard Bandler and John Grinder, have been successfully able to threat a multitude of problems such as phobias, depression, habit disorder, psychosomatic illnesses, and learning disorders. Their stated aim was in “finding ways to help people have better, fuller and richer lives”. Bandler and Grinder claimed that if the effective patterns of behavior of exceptional people could be modeled then these patterns could be acquired by others. NLP has been adopted by private therapists, including hypnotherapists, and in management workshops and seminars marketed to business and government.

NLP is a field of endeavor whose primary purpose is to create models of human excellence. It is, at its core, an epistemology and a methodology for creating models of how we know what we know, and how those who excel are able to perform with excellence in attaining clear and measurable outcomes. NLP is made up of a number of different models, which are results of a process known as NLP modelling.
Psychology and Cognitive Science are long-established epistemological endeavors, whose aims are to build models of human psychological functioning and attempt to prove or disprove their validity and usefulness as metaphors through empirical analyses and to determine when such models break down and how far they can be used as interpretive guides to how the human system really works. Being aware that it is the methodologies of those fields as opposed to the efficacy of any one of their component models or disciplines which defines them and forms a framework for all their undertakings.
The process of creating models and maps of the world explicitly engage the presupposition that the map is not the territory; our models of the world are not the world itself, but to the extent that they are useful in achieving outcomes, they are helpful and worthwhile, as is any endeavor which endeavors to create such maps. Science as a whole is one such field.

How can NLP help ?

Everyone has all the resources they need to make positive changes in their life and NLP techniques are used as a tool to facilitate these changes, leaving you to concentrate on what you are thinking, feeling and any other sensory observations.

NLP Therapy can also be content free – this means the therapist can be effective without knowing about the problem in great detail. Clearly this is a major advantage of NLP over traditional therapies as people seeking therapy may be embarrassed about the idea of discussing personal issues one to one with a stranger. The very nature of NLP removes this hindrance.

NLP techniques provide new ways of dealing with emotional problems such as low self esteem, anxiety, lack of confidence, destructive relationship patterns, coping with a break up and are successful in effective bereavement counseling.

I have been searching for a long time for how I could contribute to helping people around me and after studying for years different therapies and philosophies I found that NLP is most effective and not intrusive for my clients, giving them the opportunity to participate directly in their own healing. I often volunteer locally or abroad (mainly SE Asia and Africa ). My work abroad was mostly with kids and adults suffering of poverty, hillness related to high stress or malnutrition. At a local level I worked with addiction, depression and phobia. I am a believer that we should be all happy and healthy and if by my contribution I can change sometime the course of a life I am satisfied with that.