Since the emergence of the telephone we have used this incredible invention to reach each other anywhere in the world , but the situation has change and with over 8 trillion of text a year a new line of conduct came to place . In the past the normal way of communication over the phone was open and responses were heard , often a variation into your tonality could indicate your mood and spirit ,giving the person on the other side of the line a direct connection to your emotional state .Now this is almost gone , just to give an example : Kids between the ages of 12 and 17 text a median of 60 times a day, you could think that it’s another way to communicate and you will be right but the problem is starting there. The text use are often riddle with abbreviation and icons, giving the tenants of this digital conversation a very limited and non-personal set of responses. Teenagers are more than ever isolated, restrain into a wireless microcosm instead of been released to a real world, the lack of verbal communication is very obvious and worrisome. We should be all able to freely communicate between each other ,learning to feel  and respect our emotions, but instead of that we are hiding behind our phones ,loosing tract of reality  , transforming ourselves in standardize answering services machine .Take the time today to look around and see how many of us live the eyes attached to the screen waiting to see if anyone is wanting to talk to us , or at least sending us a message , even one empty of sense or  interest .We can expect our youth to become more shy and introverted in the future , social structures are changing and realty shows are not based on realty , our human touch is under attack if we do not react and get back the habits to communicate directly with each other without the help of a digital media .If you think I am out of touch just imagine for moment the difference between someone  calling you to wish you a happy birthday or maybe someone just wanting to know how you are feeling  , as you can hear their emotion in their voice and the actual desire to make you happy versus  a simple text. The human condition is such that we are always looking for feelings to share and enjoy, this can done by in many ways and even digitally but let’s be careful to do not succumb into an addiction behind our texting habits. 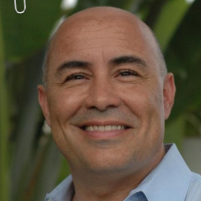